As January drew to a close, I found myself in a delightful conversation with two dear intimates (be careful you didn’t read that as inmates), on “best of” book lists. The topic fire-starter was Project Gutenberg’s compilation of the Best Books Ever Listings. I scanned some of the listings, and while they all featured many prominent titles from around the globe, I grew disheartened, as often I do, by the lack of Caribbean literature presented there. Here’s exactly what I said in the conversation thread:

More lists to love! Ah, I wonder how many books from the Caribbean are on these? I am like a broken record, harping on that, but it’s been much on my mind of late. I shall just have to bolster the tradition of making lists of books from the islands, then! 😉

One of my friends had an exceptional suggestion… that I curate a list of six books from these islands for her summer reading. My other friend, who also lives in a climate where “summer” is less a cultural affectation and more of a sweltering reality, eagerly agreed that she’d be up for a Caribbean Book Challenge in the warm, sultry months.

Since I’ve been whinging to myself about reading more regional work, I decided to try a different tack with this list. I’m recommending three books I’ve already read, and adored, as well as three works I’ve not yet approached. (How does one recommend books one hasn’t yet read, you might ask? I’m recommending them on the strength of expectation I attach to them, based on the promise they show, not necessarily (or at all) on the accolades they’ve won.) My friends are both superlative, sensitive, wise readers, and I’m hoping they will come to this list with even a glimmer of the excitement I feel, in composing it.

Three Titles I’ve Not Yet Read 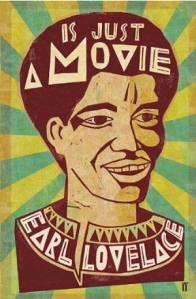 Is Just a Movie by Earl Lovelace (Trinidad)

One of the illustrious three titles on the OCM Bocas Prize shortlist, and the winner of the prize’s fiction category, Is Just a Movie is Earl Lovelace’s sixth novel. Any Caribbean literature devotee worth her… heh, well, worth her Salt (Lovelace’s fifth novel) will have encountered this prolific prose master’s publications. (Yes, compulsory secondary school readings of The Schoolmaster count, but they don’t make you an enthusiast!) I’ve only read two of Lovelace’s novels so far, and I heartily want to make this my third. In fact, this book was one of twelve Caribbean titles I challenged myself to read last year—thus far, I’ve read only three, proving that I’m addicted to making reading challenge lists, but that I need to work on that pesky follow-through. I’ve had the pleasure of hearing the author read from this book before its publication, and I was mesmerized… as was everyone present in the audience that day, if appearances were anything to go by. I look forward to encountering that scene again as I read, and smiling at the memories it evokes. The OCM Bocas judges described Is Just a Movie as “a tapestry of island history . . . steeped in place and full of beautifully realised characters.” I’m eager to explore it! 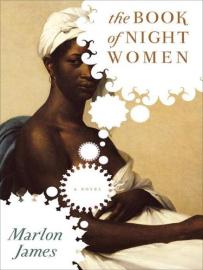 The Book of Night Women by Marlon James (Jamaica)

Superficially, a cover and title like these cannot help but catch the eye. James’ second novel caught mine when I first saw it, about two years ago, browsing through the shelves at Paper Based bookstore, one of the best repositories for regional lit. on this island. Kaiama L. Glover, in her review of the novel at The New York Times Sunday Book Review, likened the author’s writing to the work of Toni Morrison and Alice Walker—hefty endorsements, both. As Baker summarizes it, the plot of The Book of Night Women “takes us back to the cruel world of a Jamaican sugar plantation at the turn of the 19th century.” I’m extremely excited to see what James brings to the table of this old, sad discussion, which holds the potential for emotional liberation through harrowing catharsis in its very telling. This particular book has also been much on my mind since my book blogging colleague Amy reviewed it last year, as part of The Real Help reading initiative she co-founded. 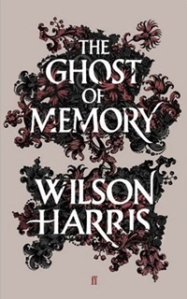 The Ghost of Memory by Wilson Harris (Guyana)

There are writers from these islands whose names I feel I’ve known all my life, whose books have lined the shelves of libraries close to my heart. The writers I’m thinking of specifically are those with whose works I feel I should be more familiar, because I want to be more familiar with them. Their names are, among others: Edgar Mittelholzer; Anthony Winkler; Jamaica Kincaid; Erna Brodber; Michael Anthony; George Lamming… and Wilson Harris is on that list, too. I am personally involved in an ongoing relationship with his mesmerizing, ensorcelling first novel The Palace of the Peacock. The thought of being unmoved by that particular literary journey is terrifying to me—you know, of being someone who “just didn’t get it.” This isn’t to say I hold a grudge against strictly linear readers (though I wonder how much fun they’re having), but suffice it to say that The Ghost of Memory would probably irritate, rather than enchant them. Stephen Howe’s review in The Independent informs me that this, Harris’ twenty-fifth novel, will also be his last. I read his first many years ago; I’ll read his last this year, and spend the rest of my life filling in the spaces of the other twenty-three. 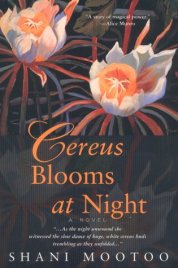 This is Shani Mootoo’s first novel, and it remains my favourite work of hers. Nothing I’ve read by her hand in the past several years has come close to matching my emotional response to this seductive, sorrowing tale, set on the fictitious island of Lantanacamara, narrated by a gay male nurse, Tyler, as he grows close to his taciturn patient of many secrets, Mala Ramchandin. I don’t want to suggest that Mootoo’s subsequent novels and short fiction pieces (I’ve not yet had the pleasure of reading her poetry collection, The Predicament of Or) have taken a nosedive in quality—far from it. In fact, the unfairness is stacked on my end, since I’ve approached every Mootoo publication hunting down a similar sense of lush magic, of the beautiful urgency wherein lyrical language dances with an unforgettable story. As I remarked to one of the readers for whom I’m making this list, one of the primary reasons I need to reread Cereus Blooms at Night is to gauge how much of my adoration is based in nostalgia. Even if it turns out to be the lion’s share, I cannot think I would love it any less. 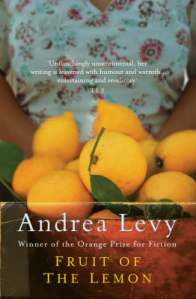 Fruit of the Lemon by Andrea Levy (Jamaica)

To put it simply, this is one of the better Caribbean reads I’ve encountered about finding yourself—about the realization that that process is rarely ever simple, that it comes studded with difficulties and detours one can’t possibly foresee. We might think we’ve got a decent benchmark on how far back the long arm of our history goes, but Levy’s protagonist in Fruit of the Lemon, Faith, learns that you can’t ever truly know until you take the journey. This was one of the three Caribbean titles from last year’s challenge that I did read, and I reviewed it here. Summoning this title to this list reminds me, too, of how much I want to read Small Island, the author’s penultimate novel to date, and one of the books I received in last year’s Yuletide Book Gifting. 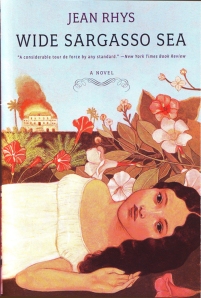 There are some books in life about which you will find it impossible to be impartial. When someone asks you how you feel about them, you will hear the word “Everything” fall out of your mouth, and you will, perhaps, be a little bit irritated when people ask you to elucidate. Everyone’s got an Everything book… and Wide Sargasso Sea is mine. In fact, it’s one of only two titles I am extremely reluctant to review on Novel Niche, because I think my thoughts would less resemble coherent reviews than they would desperate love letters scented with my fangirlish glee. I could never make a “reading the Caribbean” list without including this book. It is one of the first titles I read that sought to interrogate and respond to colonial perceptions of island identity. It’s immeasurably poetic while being rapier-sharp in its economy. It’s brutal, bold, visionary, shockingly sad and… well, you know. It’s everything.

♣ Picking six novels wasn’t intentional at first, but I decided to stick with it, so I’ll be making separate lists for my Caribbean picks in short fiction, poetry and non-fiction, too.

♣ It wasn’t intentional, either, that the three unread books are by male authors, and the three read ones are by women. Getting into my thoughts on gender roles in writing would take several posts, but in short, I try not to be reductive on either/in any spectrum of the equation.

♣ Most, if not all, of the writers I’ve referenced here have their points of identification and origin in lands additional to the ones I’ve listed. I have offered in brackets alongside their names, the islands with which they are chiefly aligned, with which they chiefly align themselves by birth, residence, inclination, and any and all such markers of prominence. (Now I want to do a completely separate blog post on the (inter)national naming of writers, of how they carve out their geographical footholds… *files away that thought dutifully*)

♣ If anyone else has got an Everything book they’d like to share, please do! I love knowing about which books fellow readers love (and hate) best.

♣ Do you plan on adding any or all of these six novels to your reading queue? It would be fantastic to hear how you get along with them!