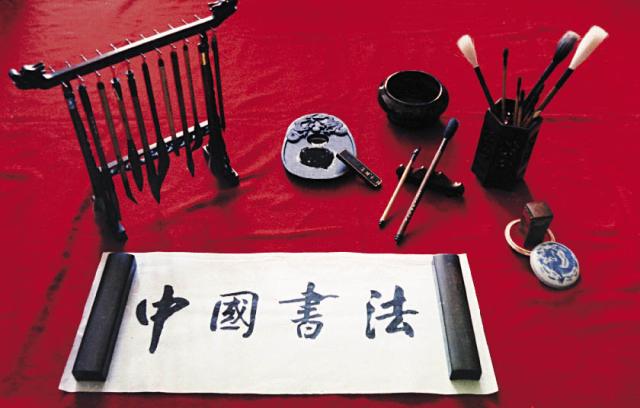 “In the sensei’s diluted mind there was a flash flood of knowing, a firestorm of awareness, a billion synapses exploding into a nova of cognizance. So much to resolve, nearly no time left.”

First year neuroscience graduate student Tina Suzuki learns of an intriguing, potentially lucrative test study for her doctoral thesis at the University of California, Berkeley – a sensei of shodô (Japanese calligraphy) has suffered a debilitating stroke. The attack has left him severely weakened, devoid of speech, robbed of his formerly impeccable skill with the vital implements of calligraphy, known as the four treasures: fude (brush); sumi (ink); kami (paper); suzuri (inkstone). Despite the effects of the aneurysm, Kiichi Shimano, better known to his students (one of whom is Tina’s Japanophile boyfriend, Robert) as Zenzen sensei, continues to create beautiful yet incomprehensible tracings. The markings, called ‘art’ by Tina and ‘scribbles’ by the doctors tending to the sensei, hold reserves of emotional appeal for one unlikely source—Tina’s self-effacing mother, Hanako, whose connection to shodô and Shimano run deeper than anyone (save one wily private eye from Kyoto) can suspect.

In her praise of The Fourth Treasure, author Liza Dalby remarks that the novel “…has the depth and nuance of a skilfully calligraphed scroll.” As hyperbolic as such a statement sounds, her assessment is as precise as Shimoda’s writing and the rendering of a tale ornately-wrought, presented with deceptive simplicity.

If I were to name a point at which this book excels without exception, it is in its form, which is briskly engaging without being irritatingly self-involved (in my experience, most literary works of the latter ilk are both annoying and difficult to stomach.) The margins of the novel serve as room for annotations. From Tina’s neuroscience notebook, we learn of the complex framework of the human mind, as she neatly defines biochemical behaviours (while finding that equating them with individual consciousness remains a mystery). From the Instructor’s Journal from Zenzen’s School of Japanese calligraphy, we receive lessons in shodô, complete with exquisitely-rendered kanji and exacting guidelines for their creation. The text is also interspersed with the mysterious inkwork of Zenzen sensei, flanked by tiny segments of poetry, no doubt indicative of the disjointed thoughts of the shodô master. These brief lines are heart-rending. They combine Shimano’s yearning with cryptic phrasing and brevity of form to achieve a muted, haiku-worthy stream of thought. The effect is mesmerizing—I could read an entire novel composed of just these.

There are multiple narratives at work in The Fourth Treasure, too. The story of Tina’s personal development may seem to initially dominate the progression of the novel, but soon, we realize we are reading a delicately balanced commingling of chronicles, including a series of sepia-tinted flashbacks that reveal the dynamic connection between the sensei and Tina’s mother. Among the other tales told are a bird’s eye view of Kando, the detective who finds himself entangled in the stories of Shimano and Hanako. Most enthralling, however, is the ancient History of the Daizen inkstone, used by Shimano and coveted by many, who believe he possesses it unlawfully. These fragments of the lives of the 17th-century calligraphers who first drew inspiration and art from the Daizen inkstone are expertly handled, in fine, evocative and precise prose. We may only see these characters in interludes, but the impressions they make are deeply felt – a sign of unforgettable storytelling if ever I read one. Adding to the near-flawless counterpoise that Shimoda exacts is the advantage of successful use of multiple perspective: we are granted access, not just into the mind of Tina, but the wonderings and speculations of several others: most notably, Zenzen sensei, whose thoughts open the book and preface his stroke, and Hanako, whose quiet revelations bring the novel to a close in a coda of liberation and sweet, shodô-tinted release.

If The Fourth Treasure falters anywhere, it is in matching the vividness and vitality of its crafting to the consistent success of its characterization. Tina, for example, seems uncertain for so much of the novel, not just in her aspect, but in her formation, like a series of wobbly figures plotted on a blurry Cartesian plane. It is the world of shodô that breathes purpose into her (and makes her infinitely more readable than she is when we meet her.) Even if the individual characters do not incite a riot of passion in the heart (and indeed, this may well not be their purpose), their circumstances cannot but move you. They grapple with love that has never died, even though it was starved, and with love that was never truly in bloom to begin with; with loss of one’s access routes to exhilaration in art and life, and with how to forge new pathways through pain and the bewilderment of loss.

My January 2011 has been a month of good reads, and The Fourth Treasure has been the best of them.